The complete guide to all the best clubs in Ayia Napa!

Below the iconic Pambo’s Napa Rocks Hotel, The Aqua Club is the place to be. Partying in the Aqua Club will take you well into the morning.

The Aqua Club hosts many local and international DJ’s, at many events. Anything from foam parties to their legendary Napa Spray parties. And if that’s not enough, Aqua also has a swimming pool inside! You can take a dip in the pool with your champagne in hand. Definitely one for the Insta that’s for sure.

One of the most recognisable venues in the resort is the Bedrock Inn. This bar and nightclub is famous for its Flintstones-style décor, themed food and drinks. Even the bartenders and staff are dressed in their finest tiger print.

If you’re looking for a lively (or cheesy) night then don’t miss their karaoke or disco nights. The Bedrock Inn also hosts the ONLY silent disco night in Ayia Napa. The fun doesn’t stop once they have to turn the volume down, as you can find yourself dancing right through to the morning. The fun never ends here.

Just off the main square, this has been a premier club for Urban Music for over 25 years. They are dedicated to everything from Hip Hop and Grime to R&B and Dancehall.

Not only do they have the best resident DJs, special guest appearances are always on. From guest DJ’s to celebrity appearances, the club has seen people like Rio Ferdinand and even Chris Brown! You never know who you might bump into. You might end up here on our Party Hard Pub Crawl as part of our Ultimate Events Package!

In the main square, this club opened its doors in August 1996 and is still going. They must be doing something right. Expect to hear anything from the 70’s, 80’s and 90’s up until now. If you love some cheesy tunes then you’re guaranteed to love it here.

The Carwash Disco is one of the most inclusive clubs in Ayia Napa. It welcomes people of all ages and backgrounds to come together and dance the night away to some classic tunes.

The Carwash Disco is open every day from 1:30am to 5am

This is the largest club in the whole of Cyprus and has been a staple in Ayia Napa’s nightlife for around 30 years. The Castle Club has been recognised as one of the top 100 nightclubs in the world by DJ Mag, and it isn’t hard to see why!

The venue has 5 arenas, 3 of which have their own themes. The first is a bar that transforms into a pop nightclub at 1am. Arena 2 is R&B, Hip Hop and Dancehall, while arena 3 is for House, Techno and Trance.

In addition to these, Castle Club also includes Ayia Napa’s largest terrace at the centre of the club. Finally, there is the Luxury VIP section, filled with cocktails prepared by the best bartenders Ayia Napa has to offer. There’s a lot going on, with guest DJ’s, celeb appearances and so much more. It’s a must visit!

Castle Club is open every day from 8pm to 5am

This 20 year old club has made its name in the heart of the Ayia Napa strip. Club Ice hosts lots of club nights like foam parties, paint parties, and even popcorn parties. There’s also plenty of afterparties for festivals and events.

As one of the busiest clubs in town, be sure to get there in time or miss out. You can expect guest DJ’s and hosts from the UK to perform here each week throughout the summer. Every night here is full of surprises!

Next to the famous Castle Club, this is one of the newest nightclubs in Ayia Napa. Opening in 2019, it made a name for itself in its first year. And it promises to come back with a bang for the years to come.

The club has put on some incredible performances from people like Nathan Dawe and Swarmz. It also hosted the CruCast event, so be sure to keep an eye out for future events!

Next to the Hollywood Boulevard Bar, this is a small nightclub playing the best house and electronic music. Often playing the likes of Deep House, Techno and Dubstep.

Club Shuffle has a variety of house and guest DJ’s that put on a show every single night. Plus, the staff are friendly and the bar staff are highly skilled. What more could you ask for? Oh yeah, good drinks deals, they’ve got that too. Shuffle on down there to see for yourself.

In the centre of Ayia Napa, this small club only opens in the peak summer season (June, July and August). Sin hosts many DJ’s that play anything from Hip Hop, R&B, Dancehall and Grime to Afrobeats, Garage and Reggae.

There is a small VIP area at the back of the club if you want to live it up. Grab a drink at the large bar before you head to the dance floor. Keep the party going until the sun starts to come up at one of our favourite clubs in Ayia Napa.

Club Sin is open every day from 12am to 5am

Just off the main Ayia Napa square this club is mainly sitting underground! The ground level is a chill out area where you can speak to your mates before heading down to the club below.

Soho Club opens up into a large dance floor, playing the best dance music. There are also regular features from local and international DJs. Keep an eye out for upcoming events, it will be a night to remember.

In the heart of the strip, this retro club opened in 2001. Named after the legendary Starsky and Hutch series; 20 years later it is still hailed as one of the biggest clubs Napa has to offer!

Starsky’s is one of the most electrifying clubs in Ayia Napa. Playing music genres from various decades, there’s always something on. Themed nights, local and guest DJ’s as well as live performances from musicians. You’ll be spoilt for choice at Starsky’s Club!

Starsky’s Club is open every day from 1am to 5am

The Titanic Bar-Club is situated right in the middle of the busiest part of Ayia Napa and it’s unmissable! Just look out for the giant Titanic ship on the front of the building and you’re all set.

Inside is a much more relaxed environment than some of the other bars and clubs in Ayia Napa. You can choose from a selection of cocktails or sink shots round the bar for as little as 2 euros! And the quality of the drinks are excellent despite the low price tag. You’re in safe hands. 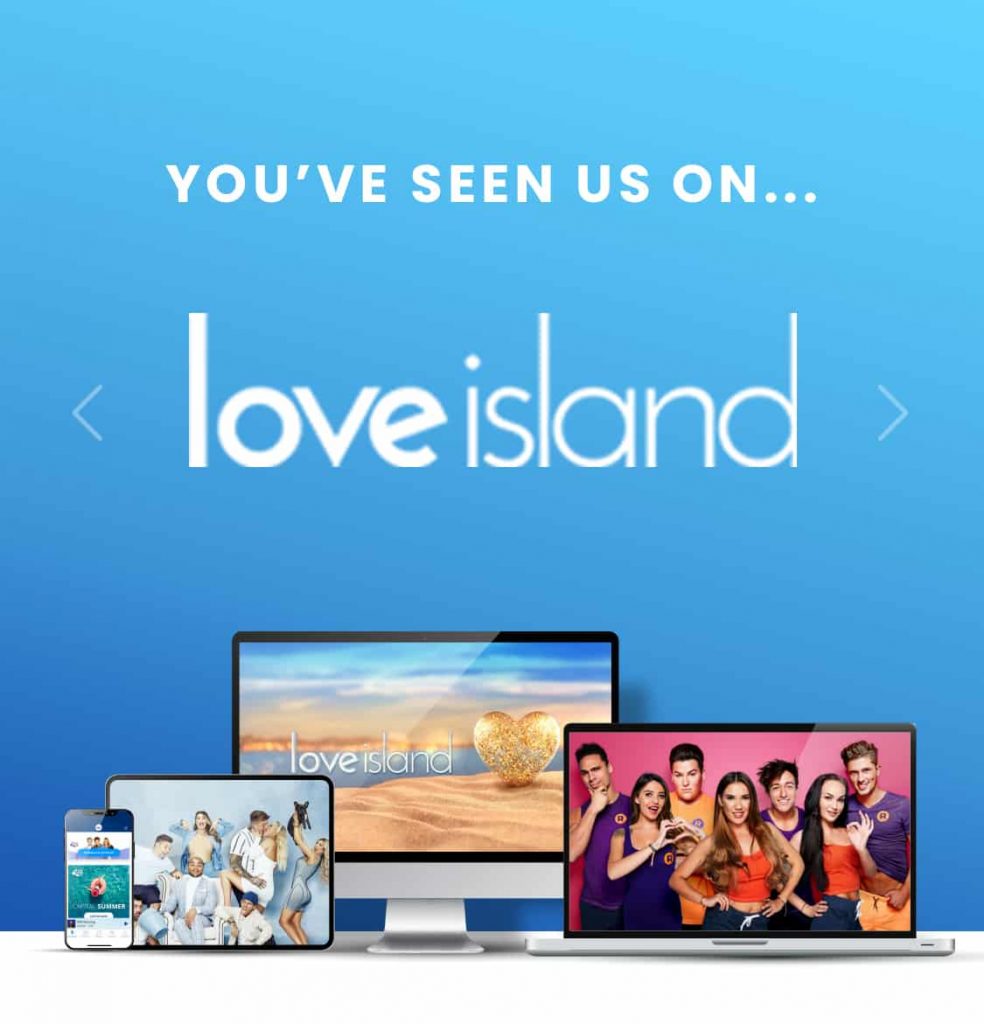 You’ve Seen Us On

You might be thinking – where have I seen Party Hard Travel before. Don’t worry,… 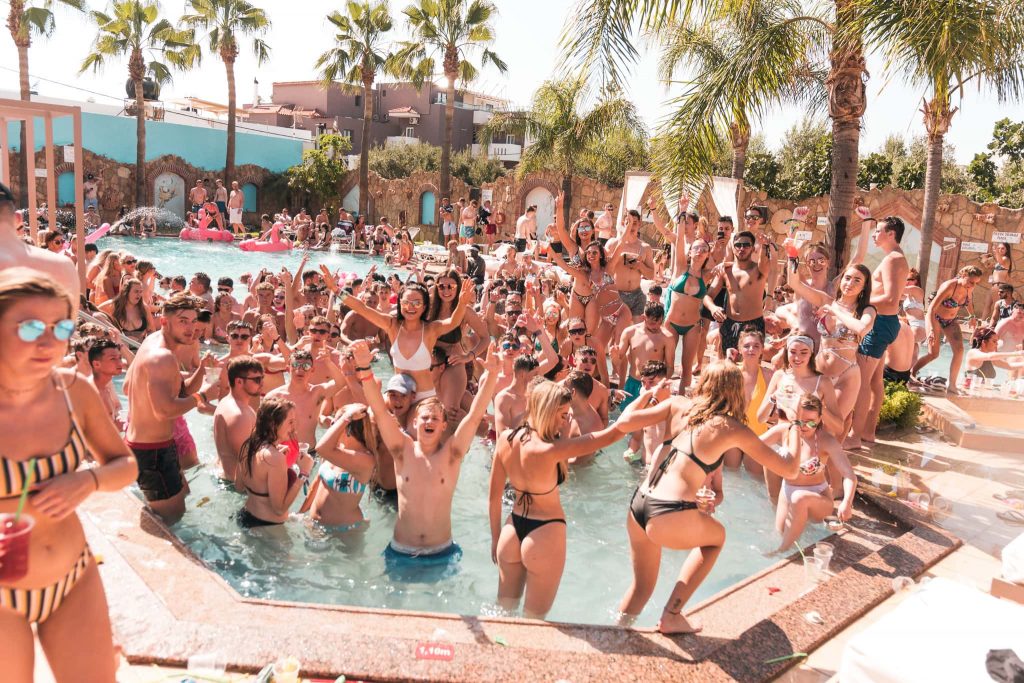 What is Malia really like? A Party Hard Travel Guide What is Kavos really like? A Party Hard Travel Guide

Like most party holiday destinations, Kavos has gained a bit of a bad reputation. Pictures… Want a hotel that’s more than just a room to sleep in? Well, we’re here… 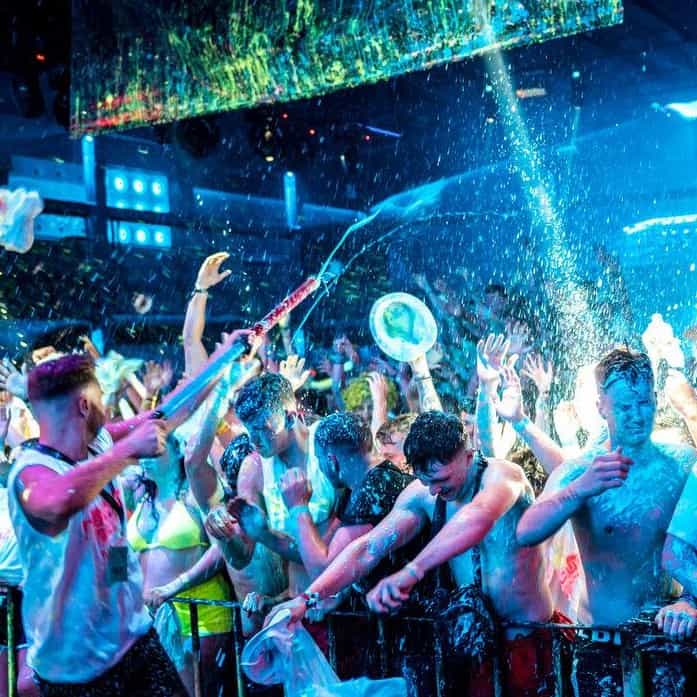 The Top Party Holiday Destinations of 2022!

With so many amazing party holiday resorts to visit, it can be tricky to decide…

How Much Spending Money Do I Need In Ibiza?